Proposed legislation that was reintroduced last month to regulate online streaming giants in Canada still largely overlooks online content creators, experts say, and could have a chilling effect on one of the country’s most successful talent pools.

The new bill gives the Canadian Radio-Television and Telecommunications Commission (CRTC) the discretion to consider exceptions, including whether content uploaded to social media directly or indirectly generates revenue.

More concerning, Geist said, is how discoverability rules may force Canadian YouTube or TikTok content into Canadians’ feeds, regardless of whether or not they actually want to see it. Canadian content could receive fewer clicks or interactions as a result, meaning algorithms will brand those videos as something people aren’t interested in.

Now known as Bill C-11, the government’s legislation puts the CRTC in charge of deciding what type of content should be at the top of our feed. New loopholes give the CRTC even MORE power to decide that even more content should fall under their regulation - putting the content of many small creators on platforms like Youtube and Spotify under their control, while excluding those creators from CanCon financial support.

Simply put, the algorithmic choices on services such as Youtube and TikTok are based on numerous data points. For example, for each page featuring a dozen possible videos to click on, Youtube will record not only which video is viewed, but which are not. The more a video is displayed but not watched, the stronger the signal that the content is not interesting to Youtube users. With Bill C-11 discoverability requirements, there will be an increase in the number of Canadian videos that are displayed to Canadian users. Given that these recommendations are based on regulations rather than user interest, they are very likely to achieve much lower click-through rates than most other content. Those videos will continue to be displayed in Canada given the CRTC regulations, but outside Canada they will get less exposure since the algorithm will discern that the content is not of interest to most users.

Bill C-11’s Foundational Faults, Part Three: Why the Discoverability Rules Are a Flawed Solution in Search of a Problem

The Canadian cultural sector has for years claimed that Canadians want access to Canadian programming. If that is true, that provides Netflix and its competitors with all the incentive they need to ensure that they offer Canadian programming and that it is easy to find. Further, on platforms such as Youtube, the algorithm is already annoyingly responsive to past views, meaning that similar content is constantly being pushed to users. But the issue with services such as Youtube and TikTok is not just that there is no need for CRTC regulation on discoverability. It is that CRTC-mandated discoverability is likely to harm Canadian creators. More on that aspect of the discoverability and the poor understanding of how algorithms work in an upcoming post.

The Canadian digital first creator economy isn’t something that politicians or policy makers seem to know much about, but they are quick to propose legislative reforms that directly implicate it, most recently in the form of Bill C-10. Yet the sector is thriving, with Canadian stars earning millions of dollars and attracting global audiences that often exceed Canada’s conventional film and television sector.

On October 7th, AIR Creators Ecosystem hosted a special Meetup to shed more light on the Bill and to address the most frequently asked questions, as well as how this Bill may affect Canadian creators if passed. The proposed legislation in its current form is very vague which can lead to misuse of the mandate. And interfering with the current platform’s algorithm can lead to a negative impact on the discoverability of the content creators in Canada produce.

Digital Creators have not been widely consulted. The Minister has repeatedly claimed that “artists” are in support of the bill yet never once accepted an invitation from Digital Creators to engage. It is clear he means “Traditional Artists.” Legislation is being written without any consultation of those being impacted, and being written by people who do not understand the first thing about how money is made, audiences are found, maintained and how discovery online happens (at least not without being propped up by regulation and subsidies). Just because Heritage has heard from YouTube, TikTok, and other social platforms, does not mean they have heard from creators themselves.

The Senate Bill C-10 Debate Concludes: “I Don’t Think This Bill Needs Amendments. It Needs a Stake Through the Heart.”

The Senate Bill C-10 debate wrapped up yesterday with several speeches and a vote to send the bill to committee for further study. Given that the Senate declined to approve summer hearings for the bill, the earliest possible time for the study to begin is the week of September 20th. If there is a late summer/early fall election as most observers expect, Bill C-10 will die. Without an election, Bill C-10 will be back for Senate hearings in the fall with many Senators emphasizing the need for a comprehensive study that features the myriad of perspectives that were excluded from the failed House review.

The Senate Bill C-10 Debate Concludes: “I Don’t Think This Bill Needs Amendments. It Needs a Stake Through the Heart.”

...it was Senator Simons that stole the show with a speech that finally injected some realism into the Bill C-10 debate. The full 12 minute speech is embedded below and well worth your time. Senator Simons raised fundamental questions, such as the broad scope of the bill.

YouTube Shorts monetization is today! Here’s what you need to know 👇

It’s an exciting time for creators, with vertical video to see a big jump in revenue opportunities on YouTube starting today. Shorts getting monetized is the current big thing, but how exactly do creators make money from Shorts? And is your channel ready and enabled? Here’s a video on what you need to know and [...]

Do you want the government to control your content and profit from the success you’ve worked so hard to achieve? Our guess is no. If Bill C-11 passes, that is exactly what can happen. Here is what you need to know, and how to make your voice heard.

Do you want the government to control your content and profit from the success you’ve worked so hard to achieve? Our guess is no. If Bill C-11 passes, that is exactly what can happen. Here is what you need to know, and how to make your voice heard. 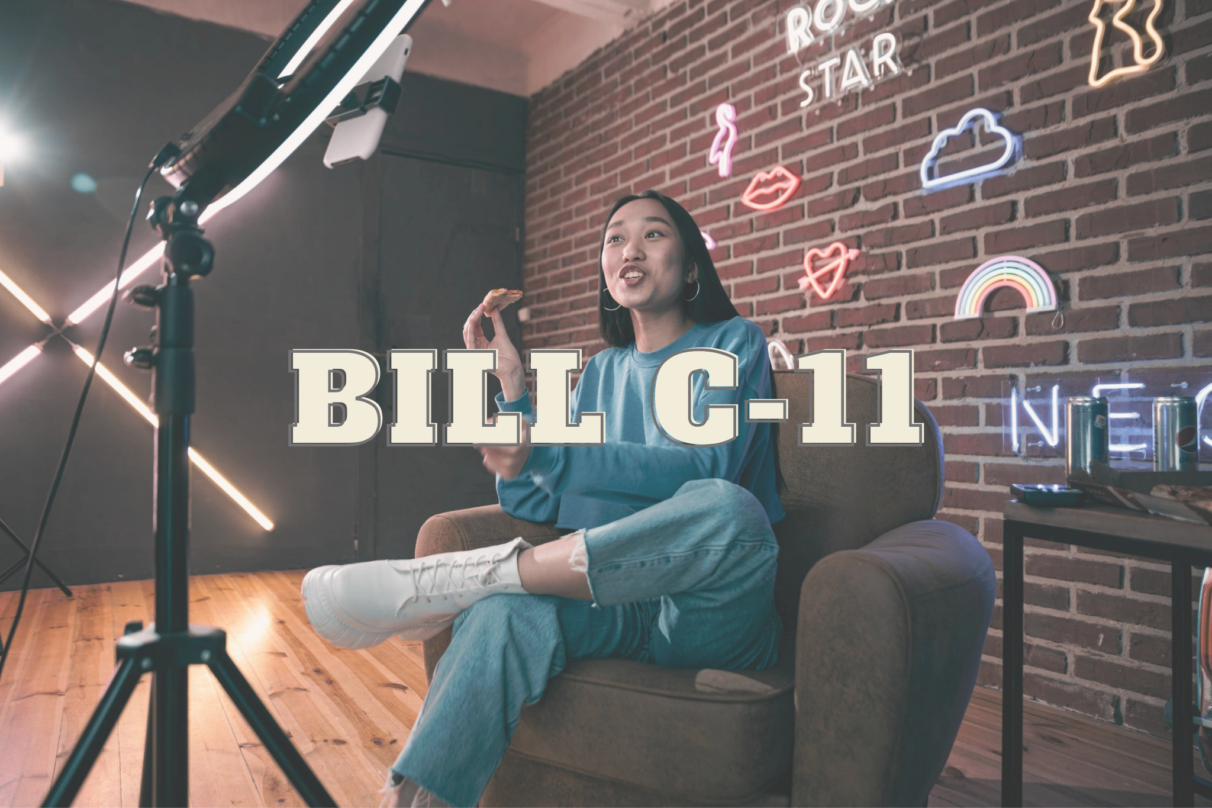 Our Initial Response to Bill C-11

While we appreciate the Minister’s assurances that Bill C-11 is not meant to regulate user generated content, unfortunately the text of the Bill does not achieve that intent. The inclusion of “professional” content on platforms like YouTube, TikTok, and Instagram will only disincentivize creators and emerging artists from being able to profit from their content. […]

Last year, the House of Commons passed legislation known as Bill C-10, which would have regulated content on user-generated platforms, like YouTube, TikTok, or Instagram, using outdated broadcasting rules developed decades ago for radio and TV. While C-10 was not signed into law prior to the election, the Government has made re-introducing and passing the […]

My name is Morghan Fortier, and I am the CEO of Skyship Entertainment, an award-winning entertainment company owned and operated in Canada. As one of Canada’s top two YouTube creators, we are a proud example of how Canadian content can be successfully exported to the rest of the world. Our educational content enriches the lives [...]